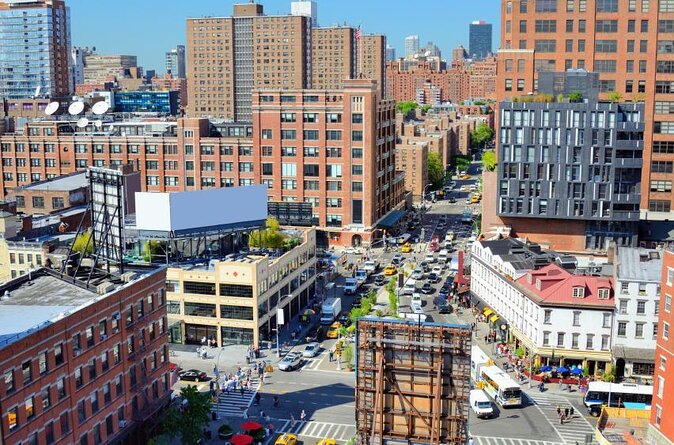 Although it is regarded as the City of Brotherly Love, Philadelphia, Pennsylvania, serves various purposes. It is a contemporary city with a rich past that is home to close-knit groups and welcomes newcomers equally. Living in Philadelphia may be one of the more unique things since, while being a big city, it often has a small-town vibe. Philadelphia, like many other Northeastern cities, offers its citizens the best of both worlds. Philadelphia provides all the conveniences of a large city, including fantastic dining options, world-class shopping, a vibrant arts and cultural scene, and first-rate public transportation. The cost of Philadelphia houses for sale is marginally higher than the national average but far lower than that of the nearby large cities, including New York and Boston. Since most people who live in cities are aware of the greater cost of living, I believe moving to Philadelphia will come as a nice surprise to most people. Living in Philadelphia is still significantly more affordable than other cities of its size. Find out which Philadelphia neighborhoods are the coolest by reading on.

Ideal for creative people and hipsters seeking a lively nightlife. Philadelphia’s culinary, artistic, and musical trends all originate in Fishtown. It attracts hipsters and those with a creative side as a result of this. You can visit all the studios and galleries along Frankford Avenue on the first Friday of the month, which is a great date night idea. We have good news for single people who are prepared to date. You’ll find your soul mate faster than you can say “Fish” thanks to the exciting nightlife in these areas, which is full of beer gardens, a vintage arcade, and independently-owned wonderful eateries. For music lovers, there is the historic Johnny Brenda’s, a well-known and esteemed music venue where indie bands perform. Additionally, there are the Fillmore Philadelphia and Penn Treaty Park, which are great locations for picnics, outdoor recreation, and summertime concerts. There is a casino called Rivers for those who are feeling lucky. Even if you don’t have a large win that night, you may still enjoy the view because it is located right next to the river. This neighborhood makes up for its lack of parks and schools with opportunities for entertainment, fine dining, and shopping. Bring your artistic spirit to this area and watch as it discovers its artistic community.

Ideal for creative types who feel at home in a place with murals, hip coffee shops, and an art gallery for every mood. Previously, Northern Liberties was an industrial area. However, because artists helped to revitalize it in the 1990s, it is today a significant hipster hotspot bursting with art galleries and trendy shops. You’ll encounter as many friendly dogs as pedestrians here because pet-friendly dining establishments are rather common in this region. Do you need more proof? The Piazza, a shopping and dining complex tucked under opulent condos, is one of Northern Liberties’ primary hubs. Since it was constructed on the site of a historic brewery, there are many fresh and delicious breweries where you can slather your hipster beard in some wonderful Philadelphia beer. For a night out with your buddies, The Urban Village Brewing Company is ideal. The neighborhood of Northern Liberties, or NoLib as some locals refer to it, is incredibly vibrant and supportive of one another. The 2nd Street Festival, regular farmers markets, and family-friendly concerts at Liberty Lands Park are just a few of the events that are held all year round. This neighborhood earns a well-deserved perfect score in every entertainment category because of the activities, stores, and eateries that you’ll discover there.

Perfect for recent graduates and history buffs who will enjoy all the tales this area has to tell. We’ve reached Old City, Philadelphia, which is both our shared second location and the site of American Independence. East of Center City and Chinatown is where you’ll find Old City. All of Philadelphia’s historical significance is contained in this neighborhood. Looking for a weekend cultural excursion? Choose between the Benjamin Franklin Museum, National Liberty Museum, Museum of the American Revolution, or National Constitution Center. Why not see them all if you have the time and are such a history nerd? After all, they are only a short distance from one another. Though you might not need to go to the museums as frequently after you move here full-time, don’t worry—there will still be plenty of other things to do. You may play mini-golf, ride a vintage carousel, and get some food at the Franklin Square Park, which has a historic fountain as its focal point.

Why should you start investing ASAP?